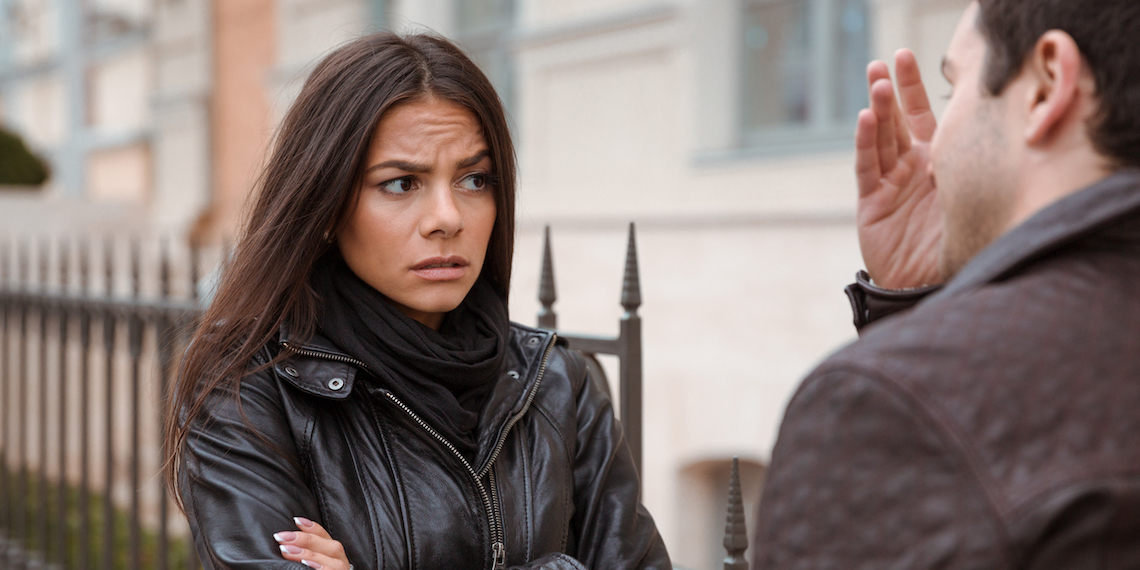 5 Guys You Should Avoid While Dating In Your 20s

If you’re like me, you are struggling in all aspects of life right now, and chief among those aspects is dating. Look, I did the whole relationship thing from when I was a little baby college freshman until a year ago, with several nice guys and, call me crazy, but it just isn’t for me. However, I’m not so jaded from disappointing boyfriends that I have officially sworn off the Charlotte York in me. I’m just living my Samantha Jones truth right now, so I hope the days of my mom reading everything I write stop at the end of this paragraph. If not, it was nice knowing you mom!

Being broke in a city where a dollar slice is actually $5.50 (lookin’ at you Manhattan), dating is actually great because you get to discover hidden gems and pay $0. However, dating in New York (and any other place) can also be, um, challenging because this God-forsaken city is as full of Halal carts as it is weird f*cking dudes who think trivia on dates is chill. UNSUBSCRIBE. The worst part is that, unless he shows up to the date in like flip-flops or something, it can be difficult to distinguish between guys who suck and ones who don’t. Luckily for you, I’ve dated enough genuine pieces of sh*t to let you know which types of guys to avoid out there in the wild. Good luck.

When a guy is tight with his boys, it’s pretty cute. When a dude is obsessed with his frat brothers, it’s pretty annoying. I’m all for eternal brotherhood and everything (am I, though?), but if I’m 25 years old and sitting across from you at Bar Primi, I don’t give a sh*t about your fraternity now, later, or tomorrow. If a guy’s most interesting story starts with “When we were abroad,” delete his number immediately, because we already know all about the European way of life from Pulp Fiction, and don’t need it retold to us via someone who isn’t Vincent Vega. But be sure to remember the details of the story, so you can laugh about what an idiot he is with your friends at brunch. Unless you’re down to watch him play Fortnite every time you go to his apartment, run, don’t walk, away. This dude doesn’t know what he wants, but it’s definitely not a relationship with a complex individual like yourself. Boy bye!

Similar to guys who are close with their friends, those who are close with their mothers can also be cute within reason. It can also be f*cking weird, so pay close attention. As Freud said, a dude’s relationship with his mom sets the foundation for all of his future exchanges with queens like yourself, so if his mom does his laundry, calls him 87 times a day and/or thinks you’re a bad influence because you have more than one piercing in your ear, you’re f*cked and this guy is going to die alone unless his mommy outlives him. Freud said that, right?

If a guy and his longtime girlfriend just broke up, the odds aren’t ever in your favor. There is no success on your horizon in any area of this ~relationship~ because, contrary to his good acting skills, he is as over his ex as he is into you, which is not at all. This is the kind of guy who will likely save your number in his phone as the name of the bar where you met. Not speaking from personal experience or anything. It just happens. Whatever. Anyway, I have to say, I can’t blame this guy for not wanting to console me as we watch Titanic, or whatever the f*ck else boyfriends do, if he just broke up with someone. Think about how mentally taxing (and great, life-affirming, meaningful, blah, blah, blah) a relationship is. Now think about how mentally taxing a breakup is. That’s where this guy is right now, so stop adding sh*t to your Zara cart in preparation for the day he introduces you to his friends. You is kind, you is smart, you is a rebound. Is it too late now to say sorry?

Or as I and all women like to call them, f*ckboys. We’ve all come into contact with a f*ckboy and kept letting him buy us jack and cokes after he has exhibited a raging swarm of red flags because we thought we could change him. No? Alone again? Awesome sauce! Speaking objectively here, if a guy is in his mid- to late-20s and has never had any semblance of a serious relationship, steer clear. If you’re about to go at it in the comments and defend these guys, you are currently dating a f*ckboy. There is a reason for his never taking the same girl to work functions, and it usually starts with fear of commitment. If my AP Psych class taught me anything, it’s that fear usually manifests itself in an unpleasant experience. For example, I am afraid of heights because I slipped off my chair at the neighborhood bar and grill near my university. But what has a 20-something dude who has never dated anyone ever legitimately committed to that sprang upon him this fear of commitment? His nightly FIFA games? As Orange Is the New Black’s songstress and felon Taystee Jefferson would say, “That’s some bullsh*t.”

You know when you go on a few dates with someone you’re actually fairly into and then he suddenly ghosts you and you’ve lost all faith in humanity? Same, girl. The only way to restore your faith in the male race is via someone who actually texts you back and doesn’t assume you’re still playing the field after three months of pretending to think his display of empty liquor bottles is a neat art installation. Is this too much to ask? Are we setting the bar too high here? I think not. The problem with the guys who seem normal and not at all a**holes tend to take it too far, too fast. These clingers are the types of unstoppable morons who don’t even know how to pronounce your last name, yet and are already out here saying things like “I can’t wait for you to meet my family.” No thanks! I literally have a friend who dated someone who actually had the audacity to say on a first date, “I can see myself marrying you,” WHAT THE ACTUAL F*CK? This isn’t Meet the Contestants night of The Bachelorette, where saying things like that is kind of okay. Bottom line is stage-5 clingers are not to be f*cked with and that is all I have to say about that.