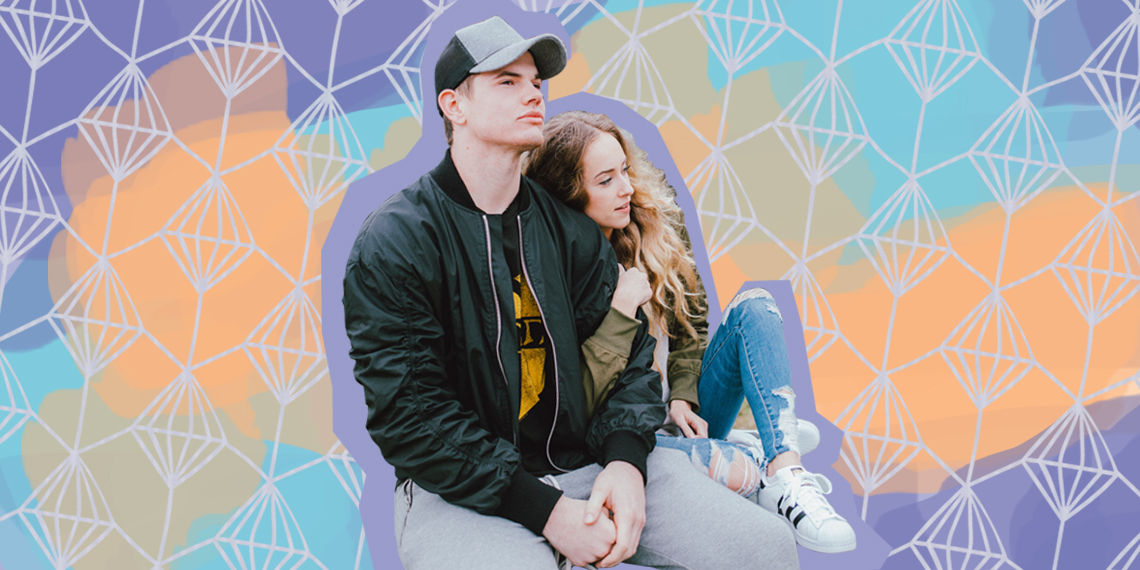 5 Common Dating Misconceptions You Should Not Listen To

Unless you met your significant other in high school, dating is really hard and anxiety-inducing for, like, every moment until you are officially in a relationship (and then that’s where the real work starts). Even God’s gift to humanity, Serena van der Woodsen, struggled on the dating scene, which is truly troubling for normal people. Yes, I am aware that SVDW is a fictional character, but even Blake Lively had to swim through a sea of Kelly Blatz’s and Penn Badgley’s before finding Ryan Reynolds. I guess the only upside to having no idea what is happening in my love life is that I have at least one thing in common with Blake Lively—kind of. Don’t ruin this for me.

So, I met someone a little over a month ago who checks all of my boxes, and even though my therapist and Hannah Montana both say nobody’s perfect, this guy is pretty damn close. Except for one thing: We don’t hang out more than like, once a week, which I didn’t realize was an issue until one of my happily married friends shared her concerns with me. Since then, I have not been able to stop thinking about where this relationship (can I even call it that?) is heading, if anywhere. Have I been so burned by former boyfriends that my bar is set unreasonably low, or am I so smitten that I can’t see an obvious red flag? So like any neurotic New Yorker, I took to the experts and consulted Dr. Jenny Taitz, a clinical psychologist and author of How To Be Single and Happy, to make me feel better and debunk a few common misconceptions about dating.

If You Aren’t Hanging Out Multiple Times A Week Within The First Month, You’re Doomed

So this is obviously what initiated my line of questioning, and I was very eager to hear a professional’s opinion on the matter. Here’s what Dr. Taitz had to say: “It’s not about quantity; it’s about quality. If you’re seeing each other once a week and spending four or five hours on a Saturday actually talking about real things, rather than meeting up at like, midnight, it’s not a bad sign.” And, as much as I hate to admit that anyone aside from myself is right, she has a point. For instance, I used hang out with my FWB like three nights a week, which was both great and horrible. It was nice because we got to see a lot of each other, which is more than I can say about the current guy I’m seeing, but all FWB and I did together was the old school definition of Netflix and Chill and then the ~relationship~ just kind of shriveled up and died. Welp.

So this horrendous experience is shedding some light on my current situation: I have to (slightly) rely on positive and negative indicators for answers about his feelings for me or where he sees us going. As cliche as it is to admit, trusting your gut is usually the right thing to do, and I def knew that FWB wasn’t going to pan out. If he’s showing you zero signs of wanting to be your boyfriend at some point in the future, chances are, he won’t be.

If You Can’t Sleep At His Apartment, You’re Not Comfortable With Him

If there is something more intimate than sleeping next to someone, LMK. Honestly, I have been told I’m low-maintenance to sleep next to because I don’t really move or make sound other than quiet breathing, which is prob better than absolute silence (creepy). Anyway, even though I’m a pretty easy bedmate, I still get so insecure sleeping next to someone until I feel absolutely comfortable with him. For instance, Mr. Almost Perfect loves to snuggle, which is adorable and sweet, but after a few hours, half my body is numb and I need to switch positions, but I can’t because I don’t want to wake him up so I just lay there in agony waiting for him to roll over on his own. Look, I’ve had plenty of sleepovers with my girlfriends and if they unconsciously make their way onto my side, I have zero issue waking their asses up and delivering them back to their side. So why can’t I do that with a guy I’m seeing? Am I becoming a nice person who’s concerned about the wellbeing and restfulness of others? Doubtful, but Dr. Taitz says, “There are a lot of reasons why people can’t sleep. Sometimes people can’t sleep because they’re excited. It doesn’t necessarily have to do with physical or mental comfort.” As someone who can fall asleep literally anywhere, I was getting a little worried about what my restless nights in Bushwick (I know) might signal for my not-yet-relationship, but I feel a bit better now!

If You’re Affectionate Towards Each Other, The Relationship Is Just Physical

To clarify, I hate PDA more than I hate most things in this world. However, little things like holding my excessively clammy hand, putting your arm around me, or letting me have the first bite of whatever dessert we’re “sharing” make me happy. And in any given relationship, I am the affectionate one, which is totally fine with me, but Mr. Almost Perfect is also super warm and mushy, which is confusing to me! Is he being so touchy and sweet in response to me acting that way or is he just like that? Dr. Taitz says, “Touching is a good example of showing closeness, and being affectionate through touch is never a bad thing.” Generally, trust your gut. If it feels sweet and genuine, it probably is. Plus, there’s generally no sh*tty and disappointing meaning to an innocent hand hold.

However, if his hand always manages to find its way to your butt, well, hopefully you know what that means. Lastly, Dr. Taitz admits, “It’s really fascinating how our mind tries to undermine our joy and replace closeness with worry.” That’s literally what I am doing right now. Lastly, “You should ask yourself what you have in common besides the physical touch, because I’m sure if you want to touch someone, there’s something that’s attracting you well beyond the physical.” There is, there def is.

Dr. Taitz says, “It’s safe to say he’s probably not a clone of his friends. We need to be okay with the element of uncertainty and not knowing everything we would want to know right away.” Hopefully, I’ll find out soon what the deal with his friends is, but people’s friends are not always a mirror reflection of who they are. I have a friend who knows more about what’s happening in Washington than Trump does, which honestly isn’t saying much, but he likes to bring politics into every conversation he has and it’s as annoying as it seems, if not more so. I have another friend who is like, an actual drama magnet, and seeing her is more exhausting than a SoulCycle class on a Sunday morning. But I love them and, needless to say, they aren’t shedding any negative light on my personality or self because they are the way they are, but more importantly, I am not them. Yes, sometimes “you are the company you keep” can ring true, but other times it just doesn’t—you can’t tell without getting to know the person.

If You Aren’t Texting All Day Every Day, The Communication Needs Work

Nothing bugs me more than when someone texts me “Hey, what’s up?” Like, are we supposed to have a full-fledged convo via text right now? The only reasons I text someone are when something very specific to that person just happened or if we making plans. Mr. Almost Perfect is the same way, so when we aren’t together, we aren’t really texting, like, ever. Every now and then we will say something stupid to check in and make sure the other is still alive, but we are definitely not those people who are constantly, like, tagging each other in vague memes and saying goodnight with kissy face emojis on the daily. No judgment if that’s your vibe, but gross. I kind of like it this way because I will never read into a text or lack thereof. Do you know how stressed out I used to get trying to decipher the convoluted and hidden messages buried in texts of past boyfriends? For instance, I texted a guy I had been seeing for a few weeks, “Let’s do something tonight” and he responded with “Do you want to?” Like, yes?? What kind of answer is that?! So the lack of constant texting actually takes a massive headache off the table. The only reason I am even discussing this is because after a dinner with a friend, she was shook that my boo thang didn’t call or text during the entire 75 minutes of dinner. I was not shook at all because I’ve had English Lit classes longer than that, but she thought it was so weird that she warned me to “watch out for this one.” Okay, mom, I shall. But Dr. Taitz says, “I highly recommend against texting all day because it can definitely create false feelings and a false sense of intimacy. If you are confident that when you see each other you will talk and catch up, you don’t need to have that insecure attachment to texting.” Brilliant.

The bottom line is that only you and the other person in the relationship are the ones who can take the temperature of the situation. So even if your friends have been in really similar situations, your friends and their SOs aren’t you and yours, so you can’t really listen to them. Of course, some things can seem like a red flag and others a green light, which makes the situation slightly easier to navigate, but until the “what are we?” conversation is had, the only thing we can do is know what we know, which is usually not enough to make any accurate predictions about where it’s going and what it all means.