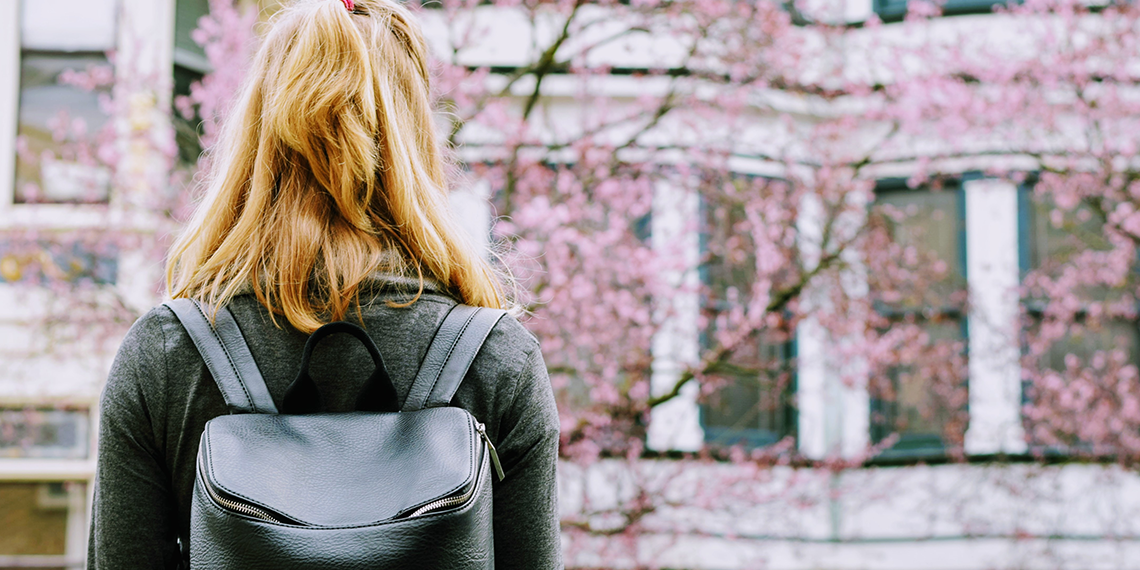 As you embark on the  adventure that is college, you have the ability to be whoever you want. Whether you join the yoga club and turn into a Birkenstock-wearing queen or get tapped into a secret society and fall off the face of the earth, there’s no wrong identity, and college is the perfect time to experiment. However, while you’re going through your waves of being a hipster stoner to a frat bro enthusiast, try your best to avoid falling into the following stereotypes, otherwise your academic and social status will suffer.

The One Who Never Goes To Class

Congratulations on getting into college, you deserve a break! Too bad that break was summer and college is NOT the time to sleep through the day. Trying to pass off “staying in bed all day” as a personality trait is such a cop-out because it’s actually just you being f*cking lazy. Don’t waste the literal tens of thousands of dollars you or your parents are dropping on tuition, because there are some people who would risk going to jail (#fighton) to be sitting where you should be—in class!! Go learn something, we love a smart betch.

The One Who’s Stuck In High School

This person spends all their free time FaceTiming their high school boyfriend and searching for a new “cliquey” girl squad to replace the one they left behind. You swear you were super popular back home, but sadly no one gives a f*ck about who you were in high school. College is time for a fresh start, so ditch your home life dependence and join us adults in the present.

Sad how some adults are still stuck in the bitchy high school phase, grow up bbs xo

The One Who Lives For Her Srat

Joining a sorority is great—fabulous, actually—but if the second you get a bid you can’t be caught dead not wearing your letters, we have a problem. Your identity and self-worth should not be defined by a four-year hierarchical social construct, and quite frankly, it’s pretty embarrassing if it is. Explore your university, talk to some non-Greek people, and stop spending time researching every item you can possibly print your letters on!

The One Who’s “One Of The Bros”

You like to chill at home and watch TV, you shotgun beer, and you “haaaate drama” (aka you’re a fraternity groupie). I don’t care how much time you spend sitting around the coffee table littered with empty bottles and unidentifiable substances, at the end of the day you don’t have a d*ck and you’re not part of the “brotherhood.” Swooning over the boys by picking up their Chipotle and watching them play Fortnite is not a basis for lifelong friendship. Ultimately, all your efforts going toward the boys means you’ll probably miss out on the impressive solitude of female friends. Sad.

the girls who say “they hate drama” are usually the ones starting it all?

The One Who Already Added You On LinkedIn

All of your special skills on LinkedIn have been exclusively endorsed by your best friend and your mom, and you posted allllll about your “life-changing” summer internship on every social media platform (so glad your parents found time to make that phone call for you, sweetie). You joined seven clubs your first weekend on campus, and followed half the freshman class on Instagram before classes even started. While there’s nothing wrong with striving for excellence, no one likes a show-off. Let’s cool it on the public persona and desperation to “connect.” Put the f*cking phone down and try making real friends offline.

Everyone says college is the best four years of your life, and they’re not wrong. However, in the midst of going to darties, making bad decisions about texting the guy who ghosted you last week, and shoveling pizza into your mouth at 1am, you need to make a conscious effort to keep your priorities (which should be academics) in check and stay true to yourself.

Speaking from experience, you’ll definitely become your truest self in college, so don’t waste your time and efforts being an obnoxious fake bitch because spoiler alert: NO ONE likes that behavior in college and they’ll hate it even more in the real world.