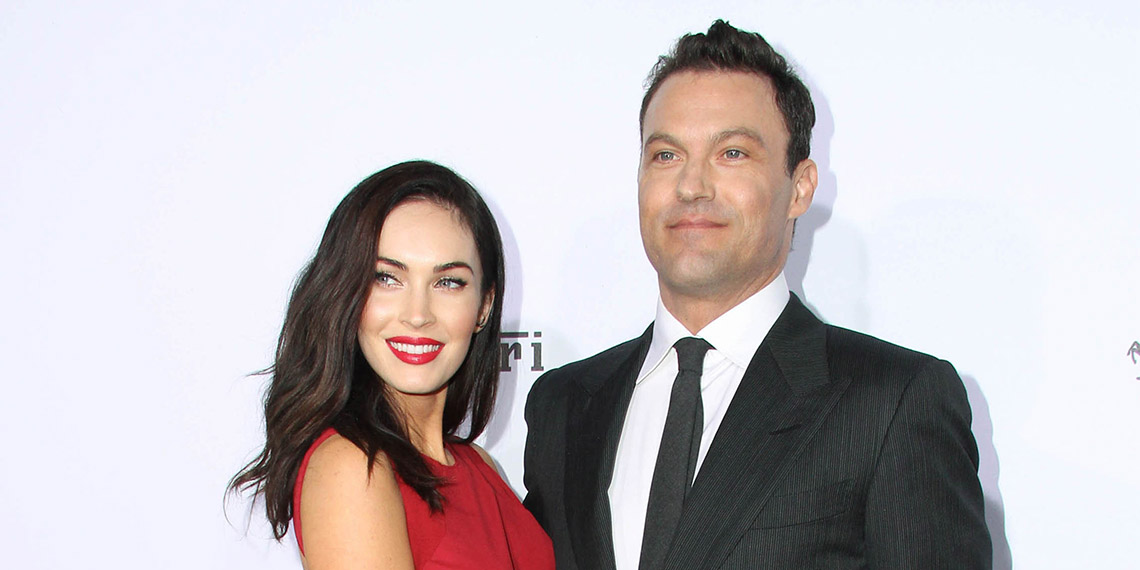 5 Celebrity Couples That Have Broken Up During Quarantine

As the coronavirus has spread, and we’ve all been forced into various forms of quarantine, this spring has been a stressful time for everyone. For some of us, it means we’ve spent way too much time alone (hi), but for those in relationships, it’s been an intense few months of ~quality time~ together. I’m sure this has brought some couples closer together, but not every relationship is meant to survive, and quarantine szn has turned into breakup szn.

Several high-profile celebrity couples have called it quits since mid-March, when things really got real with Miss Rona, and the details are fascinating. From out-of-nowhere divorces to couples that seemed like a ticking time bomb, here are all the celeb couples that have broken up during quarantine.

I won’t pretend to be sad about this relationship ending, because it always felt a little weird. But I was surprised by last week’s sudden revelation that Mary-Kate wants a divorce. I say “wants” because for the time being, the New York courts aren’t accepting new divorce filings, and her request for an emergency divorce was denied. According to new sources, one of the major issues in their marriage was that Mary-Kate wants to have kids, and Olivier isn’t interested in having any more. Now, he’s trying to terminate the lease on their main apartment together, and it seems like things will probably be ugly between these two for a while.

Am I the only one who feels like this happened six years ago already? As we all know by now, Kristin and Jay announced their decision to divorce last month, and they’ve already settled their disputes surrounding custody of their children, and whether Kristin is allowed to buy a gigantic house (answer key: joint custody, and yes). With allegations of misconduct, this seemed like it would be dramatic at the jump, but things seem to have worked out okay for now.

As I start this new chapter in my life, I have decided not to continue with ‘Very Cavallari.’ I’ve absolutely loved my time filming and am so grateful to E! Entertainment for making this journey possible. To the fans: I can’t thank you enough for all your support and for keeping up with me all of these years. I love you guys 💛

Surprisingly, Kristin announced this week that after three seasons, she won’t be continuing with her reality show Very Cavallari. Honestly, the show is okay at best, so this isn’t a great loss, but I wasn’t expecting it. If anything, I thought Kristin would use the show, which has previously focused a lot on her home life with Jay, as a way to launch her new chapter as a single woman. But it’s important to note that this decision would potentially clear a path for Kristin to return to The Hills in the future. Much to consider!

Eventually butterflies get bored sitting on a flower for too long. They start feeling smothered. It’s a great big world and they want to experience it.

It’s been a long road for these two, but it seems that they may finally be done for good. They started dating way back in 2004 (when she was just 18), and eventually got married in 2010. After having two kids, Megan filed for divorce in 2015, but they got back together and had a third child the following year. Fast forward to 2020, and they’re officially separated again. After Megan was seen hanging out with Machine Gun Kelly and Brian posted the bizarre butterfly Instagram above, he confirmed their separation on his podcast. Thankfully, he said he and Megan are on good terms, and will still go on trips and spend time together with their kids. I’m glad they’re in a good place for co-parenting, but it looks like it’s finally the end of the line for their relationship.

Out of all the breakups on this list, this one hit hardest. Earlier this month, reports surfaced that Cara and Ashley had split after roughly two years of dating. It seemed like they went through a lot together—they even bought a sex bench! While neither of them gave any details, things seemed pretty final when Ashley was recently spotted kissing G-Eazy. Sad, but I would kiss G-Eazy too. In her first public comment on the whole situation, Cara posted an Instagram story asking people to stop coming for Ashley, and saying that only the two of them know the truth. Ashley reshared the story, so whatever happened here, at least it seems like they don’t hate each other.

I loved Stacey Dash in Clueless, but times have changed. These days, she’s mostly known for her questionable political views and messy personal life, and she announced last month that her fourth marriage was coming to an end. Dash and Jeffrey Marty got married in April 2018, just TEN DAYS after meeting for the first time. I’m sorry, but nothing good has ever come of getting married that quickly. Their relationship has been rocky, and last year, Stacey called the cops, alleging Jeffrey tried to choke her. But when they showed, Stacey ended up getting arrested for assaulting Jeffrey. The charges were ultimately dropped, but it seems like these two might be better off apart.

Considering that LA’s stay home order has already been extended through July, I’m sure that there will be some more Hollywood quarantine breakups in the weeks and months to come. We already have some ideas about which couples might not make it, but you never know who will be next. For a second, I was even scared that Bella Thorne and her Italian pop star boyfriend had broken up after she tweeted about being done with dating, but he’s back to commenting “would smash” on her Instagrams, so I think we’re good. It was a close call, and in times like this, these breakups can come out of nowhere.