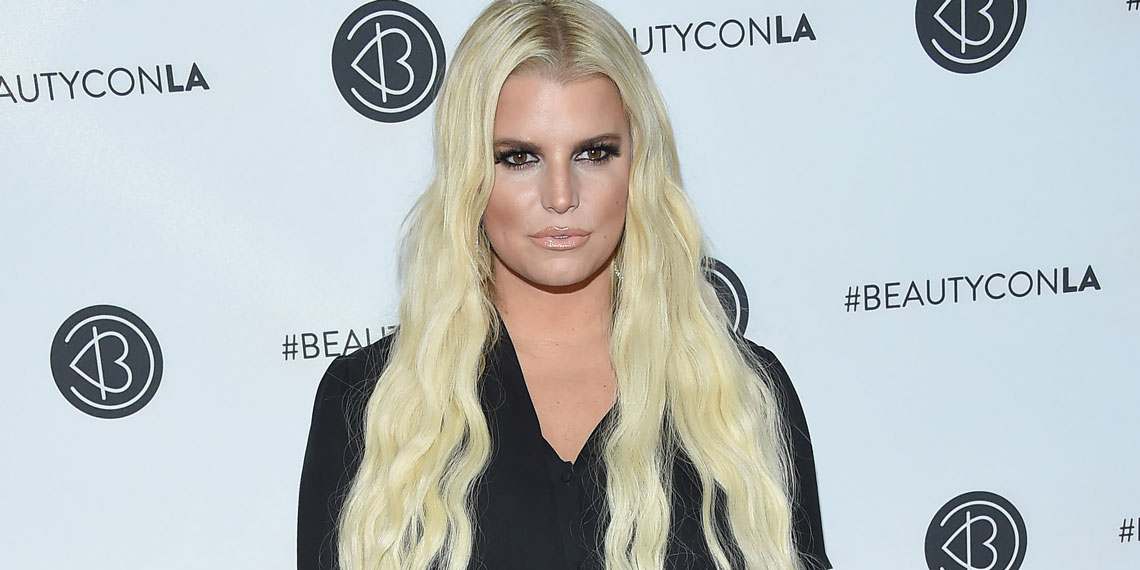 4 Times Jessica Simpson Was Hilariously TMI About Her Pregnancy

I don’t know about you, but approximately every single one of my friends is pregnant right now. In fact, I just attended a baby shower over the weekend where, mercifully, the mother-to-be did not make us eat melted candy bars out of a diaper. I have not always been so lucky. I’m very happy for all of my friends who are having babies, but at the same time I am horrified about what their bodies are doing, where their organs are shifting, and having graphic nightmares about the birthing process. Anxiety is so fun! After my friends have their children, I come to the baby meeting armed with a list of questions that they almost always refuse to answer in extensive detail. And that’s why I’m thankful for Jessica Simpson.

Jessica Simpson just gave birth to her third child, a baby girl named Birdie, on March 19th. Congratulations, Johnson family! And, in the 346 months that Jessica was pregnant, she blessed us with all sorts of information about her pregnancy journey. Some might call it an overshare, but I most definitely am interested in hearing about the flatulence that comes with having a human in your uterus. I need this kind of truth in my life! Otherwise I’d just keep on believing the stork dropped these kids off. So, in honor of Jess’s new baby and her commitment to brutal honesty, I’m going to list for you a few times when she blessed us with maybe too much information about her pregnancy.

When She Shared Pictures Of Her Bump

Most pregnant ladies cover up their bump in public. They use big caftans, large sweaters, resting bitch face, a forcefield, etc. to keep people from touching their stomach. It leaves me wondering, what is under there? It could be a pillow for all I know, right Beyoncé? Thankfully, Jessica has swooped in to answer all my questions, and allowed me to feast my eyes on what is indeed, a large bump.

Sure, now I never want to stretch my body to what seems like one million miles past its limits in order to bring a child into this world, but I appreciate the information. And I applaud her for getting out of bed and into a bikini. I think at that point I’d just be using the bump as a tray table to hold my pizza, and the bikini as a slingshot to fling at my husband.

When She Told Us About Her Toilet Issues

Apparently there are things that happen during pregnancy that we non-pregnant ladies never even think about. Sure, I knew you were eating for two (jealous) and puking a lot, but I didn’t think everyday household items would be in peril. I was wrong. Towards the end of her pregnancy with Birdie, Jessica gave us the warning we never knew we needed.

Warning…Don’t lean back on the toilet when pregnant ??‍♀️

She leaned back on the toilet and broke it! I didn’t know that could happen, can she sue the company for dying of embarrassment? I guess it kind of makes sense though, you’re dealing with a lot of weight you’re not used to, like a brand-new superhero that does not know their own strength. I’m sure Spider-Man broke a few toilets himself after he was first bitten (Marvel, plz confirm). Whatever, it’s fine. I think we can all agree that the toilet lid is superfluous anyways.

When She Said A Wiener Made Her Nauseous

Jessica Simpson didn’t just learn the art of the overshare with this third pregnancy. Oh no, she’s been doing it for years. Back when she was pregnant with future heartthrob Ace, she planned on keeping the gender a secret. But she accidentally revealed it on Jimmy Kimmel in the most Jessica way, by saying, “The crazy thing is, I didn’t know a wiener could make me nauseous!”

If we’re getting technical, isn’t it a wiener that made her nauseous all three times? That’s where the sperm comes from, Jessica! I’m not sure I needed to know this much about her pregnancy, but at least Ace will be able to pinpoint the moment where his problems began when his therapist asks.

And to end this article, I thought we’d start at the beginning, learning how babies are made. In an interview after Jessica gave birth to Maxwell, her first child, she said that she’s been following all the rules, except one. Her doctor advised her to abstain from sex, but Jessica famously did not, justifying her decision as follows: “I think I have the sexiest man in the world. So that’s the rule I break.” Some rules are made for breaking. I eat ice cream for dinner sometimes, no one in my office ever shows up at 9am, and I truly appreciate when the pitcher intentionally nails the batter with a fastball. But, maybe you should listen to your doctor when they tell you not to do stuff? Not judging! Just suggesting!

Not surprisingly, shortly after this interview, and when Maxwell was seven months old, Jessica became pregnant with her second child. And I guess we know it’s because she couldn’t keep her hands off that man candy in her house. She must not have listened to the part about protection, either. You crazy kids!

And those are just a few of the glimpses into pregnancy that Jessica Simpson has given us over the years! I truly hope she goes for number four, but if she doesn’t, please rest assured I’ll be happy to provide TMI if I ever get pregnant.