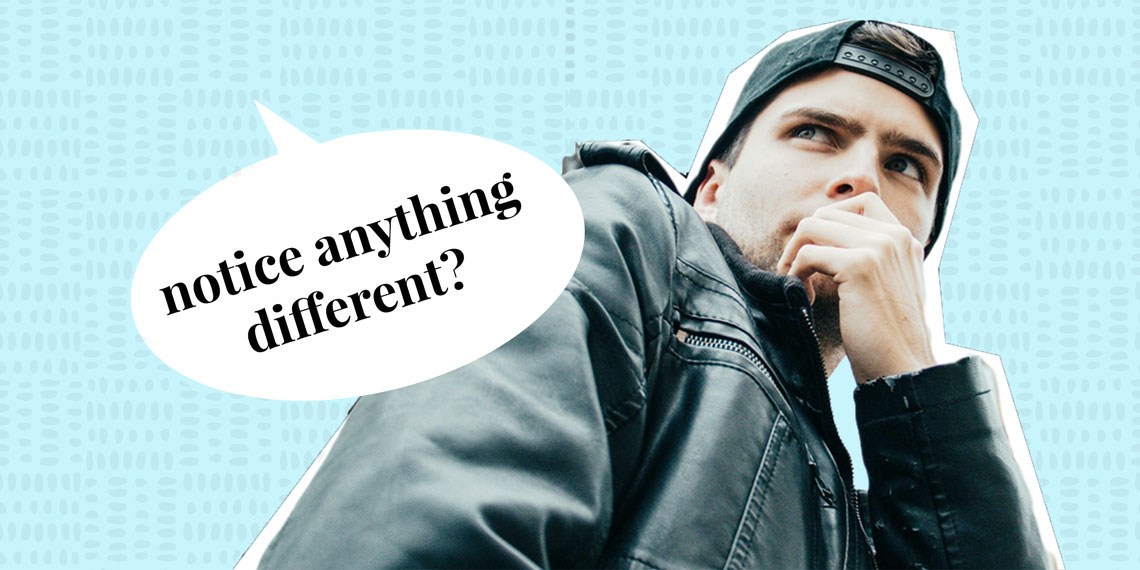 It’s no secret that men can be oblivious. It’s practically our national pastime, right up there with adjusting our man bits and telling people we’re sober when we’re actually drunk. Despite the fact that we spend most of our time thinking about women, there sure are a lot of things about you that we don’t notice. And yet when girls are getting ready for a first date, they spend hours and hours agonizing over eye cream and accessories that men wouldn’t notice even if you stapled it to their foreheads. So what are the details you shouldn’t sweat? Here are four things guys don’t notice you’re putting a ton of effort into. (Unless, of course, you’re doing it for yourself, in which case, do you gf.)

For guys, having “nice nails” means I trimmed them in the last three months and they don’t get in the way when I try to play the solo from Highway to Hell on guitar. Because of this, we apply the same standard to women, meaning whether you paint them neon pink, metallic, flat, glossy, or have diamond encrusted French tips, we simply don’t notice. So if you’re getting them done multiple times a month and they totally match the green flecks in your eyes, keep killing it boo boo. Just don’t get upset when it sails right over his head. The only time guys notice nails is if they’re bad. And not girl bad, guy bad. Like, if you’re missing one because it just got torn off in a boating accident (sorry in advance for including it in my Snap story).

2. Minor Changes To Your Hair

Hair is incredible, don’t get me wrong. It’s in the top five most appealing qualities of the female species. But every time a girlfriend says “I’m thinking about cutting my hair” and pulls out her iPhone, I tremble with PTSD because I know she’s about to show me multiple identical hairstyles on Pinterest and I’ll have to pretend I can spot the difference. I can’t. I really wish I could, and I try every time, but I can’t. It’s like doing a taste test with two kinds of mineral water. I know they’re not the same, but how could I even begin to describe why? Unless you’re getting a pixie cut or going from dreadlocks to an afro, it’s really hard for most guys to tell. If a guy is dating you, he likes your hair, and “getting it trimmed” won’t even register on his radar. Don’t sweat it.

I don’t know if I have the Kardashians to thank, but people will not stop talking about eyebrows, and I honestly don’t get it. They’re fuzzy umbrellas for your eyes, so why are we treating them like anything else? The only time I noticed a girl’s eyebrows was when she singed one off trying to light a Bunsen burner in AP chemistry. Y’all have a lot of great things on your face to look at, so by the time we get around to staring at your eyebrows we’re probably already married and it’s too late to turn back anyway. I have a feeling this is one of those things women aren’t doing for us. The only time a guy might notice your brows is if you’re rocking a hard unibrow. So unless you’re walking around looking like Helga from Hey Arnold!, I think you’re golden.

No man cares if your underwear doesn’t match. At all. It’s not weird, or awkward, or like, super embarrassing. It’s not a big deal. And yet women still get self-conscious about it. Mismatched underwear is like wearing a retainer: all I’m thinking about is taking it off. Yes, we might notice that they’re different, but we’re a lot more concerned with the fact that you’re almost naked because it’s the second best thing next to you actually being naked. If a guy ever actually complains about your underwear being mismatched, please do the human race a favor and don’t procreate with him. We’ve got enough investment bankers on this planet already.