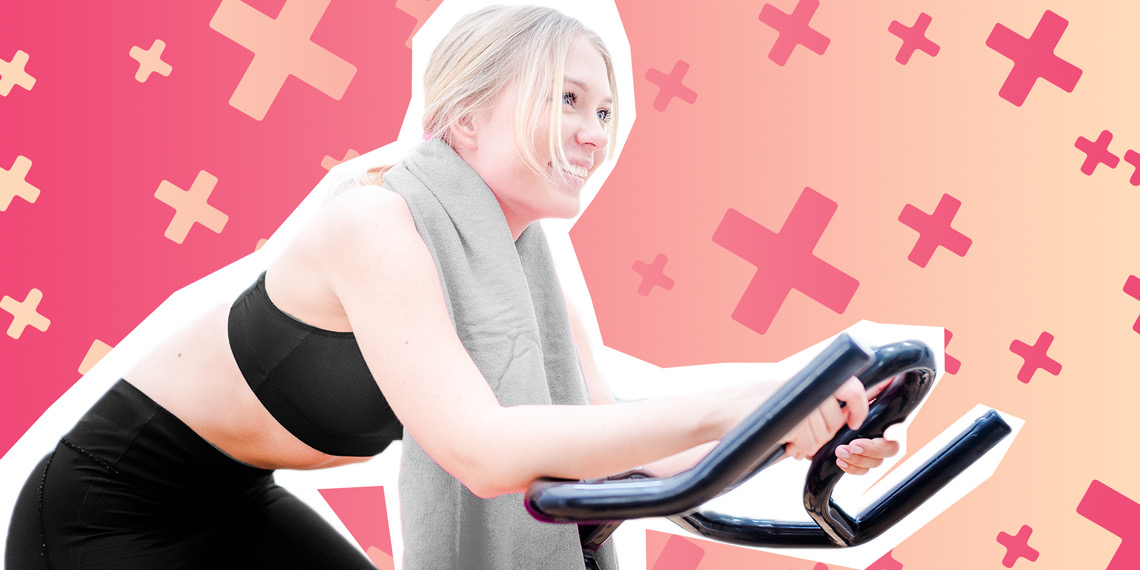 4 Myths About Spin Class We’ve All Fallen For

Welcome to spin class, betches. You get on the bike, you sweat your ass off, you wonder how the hell this superhuman of an instructor exists, you yell “fuck” at least five times, and by the time you know it, class is over and you’re onto happy hour. #fitness. Betches have been spinning ever since treadmills got boring and SoulCycle apparel became the new Wildfox. But even though we can book our bikes, tap it back, and compare instructors like Bachelor contestants, there are still a lot of shit that people believe about cycling that just isn’t true. Luckily for you, we looked into some major myths and found the hard facts behind each one. So here’s the myths about spin class that you’ve probably fallen for at one point.

Myth: Spinning Is Only Good For Your Legs

Wrong, wrong, so wrong. There are two general types of workouts in this world: cardio training and strength training. Spinning is a cardio workout, which means it gets your heart rate up, burns calories, and causes your body to sweat (no shit). When it comes to strength training, you can target specific muscle groups in your body, but that’s just not true with cardio. Any fat loss exercise is technically a total body workout because you can’t choose where you lose fat. Although spinning feels leg-heavy, it’s basic cardio, so you’re getting a total body workout.

This myth drives fitness professionals fucking crazy because once again, spinning is CARDIO. Nothing is making your legs bulky unless you’re adding a shit-ton of weight along with a protein-packed diet plan. Spinning will make your legs stronger and faster, but they’re not getting bulky even if you’re spinning every day, so let’s move on.

OKAY, so calorie burn obviously depends on your specific body, but most 60-minute spin classes are supposed to burn anywhere from 480-640 calories. That number depends on how hard you’re peddling and how much you weigh, but that’s the ballpark. So like, can you afford the post-workout treat? Yeah, but like, relax. Just remember you can eat back those calories REAL QUICK when you get ahead of yourself.

Myth: Spinning Is The Same Thing As Biking Outside

This idea sounds pretty rational because the two activities involve the same piece of machinery, but they’re not identical. When I say “biking outside”, BTW, I mean really biking outside, not just taking a City Bike on a leisurely stroll around the block. For one, there are no hills when you’re on a stationary bike. For another, since the bike stays in one place, cycling inside, even while standing, doesn’t require as much balance and coordination, and therefore doesn’t engage as many muscles as doing the same activity on a regular bike would. That being said, neither one is inherently superior to the other. If you know yourself and know you can’t balance to save your life and also have no internal motivation to make it up a hill (hi), maybe stay inside. If you dislike group classes and studios with cult-like atmospheres, keep doing you, Lance Armstrong.