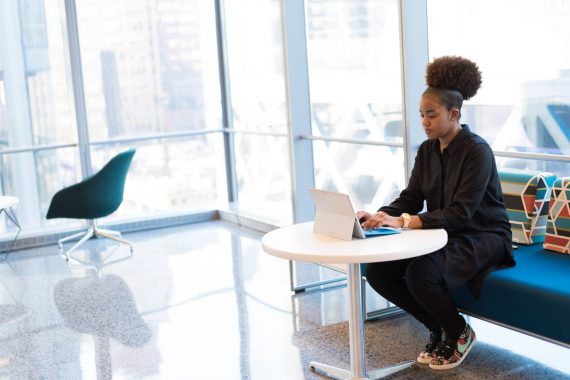 4 Microaggressions To Remove From Your Vocabulary Immediately

Many Black people have constantly dealt with microaggressions throughout their lives. From the beginnings of our adolescence in the classroom, to our adulthoods in which we must navigate the social climates of our workplaces, these passive-aggressive actions do way more harm than good. They often leave stains on how we view ourselves, which become detrimental to our mental, emotional, and physical health. Below are examples of microaggressions that you might have in your everyday vocabulary, and explanations of why they’re inappropriate and offensive.

Black hair has always been a controversial topic. From people mimicking our styles to laws making it illegal to discriminate against our hair, we have always had some type of struggle as it relates to our hair. A lot of us—especially Black women—have also had to deal with passive-aggressive comments about it. Whether it is at school, at the grocery store, or at work, asking a Black person “Is that your real hair?” basically implies that Black people are incapable of having our own hair. It is common for white people and non-Black POC to ask us this because of their negative perceptions of Black hair and the stereotype that Black women only wear wigs and weaves. When a Black person tells you that it is, in fact, their real hair, please do not take it upon yourself to touch it. This is a downright-disrespectful invasion of privacy. Whether it be braids, a weave, or our natural hair, it is not your right to continuously ask about it, or to make us uncomfortable by touching it. This should also give you insight as to why appropriating Black hair is offensive. If we cannot wear it in peace, why should someone else get to wear it with praise?

There is a common misconception that Black people are incapable of encompassing vernacular beyond AAVE (African American Vernacular English). Due to stereotypes perpetuated by white media, many people have this idea that, if a Black person is speaking without AAVE, they are trying to be “white”. First of all, there is no such thing as speaking “white”, so let’s debunk that myth. Second, someone who has an advanced vocabulary is not inherently smarter than someone that uses AAVE. An advanced vocabulary should not relate to intelligence, but because we have been told that it does, many people relate intelligence to whiteness. This then feeds into the myth that Black people are uneducated and are trying to “act white” when they use bigger words. The bottom line is: don’t assume someone’s intelligence based on their vocabulary alone, and don’t believe the negative stereotype that Black people have to speak a certain way in order to “be educated”.

Being Black in academia is tough. From the lack of representation in teachers to racism in the classroom, being a Black student from kindergarten through college can be a rather traumatizing experience. One common microaggression we face is teachers—and sometimes fellow students—assuming we’ve cheated when receiving a grade that is beyond their expectations. When you, a student, ask someone “Did you cheat?” or “How did you get that grade, when I didn’t even do that well?” you’re once again feeding into the stereotype that Black people are uneducated, and that you believe we are inferior to you. In my experience, many educators also refuse to separate their one or two ‘bad’ experience(s) with Black people from their Black students. This makes the conversations between themselves and Black students contentious; their negative preconceived assumptions about Black people taint their instruction toward Black students.

Whether it is on Tinder or on an actual date, many of us have, at a certain point, heard someone tell us that we are “attractive for a Black person”. Due to Eurocentric beauty standards, people often correlate beauty with whiteness or fair skin. In my experiences with various dating apps, it’s pretty common for me to get a message at least once a week from someone who is white or a non-Black POC saying something along the lines of  “I usually don’t date Black, but you are the exception.” This is not a compliment, nor will it ever be. Telling someone that you are not attracted to their race but that they are the exception to the rule shows your casual racism and makes them feel interior. If you’re against dating someone based off of their ethnicity, you need to take a hard look at yourself. These types of comments should never be stated in the first place. They’re not cute and they will never make anyone feel good about themselves.

These microaggressions are not just things we experience once in a blue moon—sadly, they are things many Black people experience on an almost daily basis. In order for this to stop, we must have these conversations. Whether you’re in the workplace, dating someone who is Black, have Black students, or have Black friends, try to have the conversation with those around you. And if you feel as though you have fed into any of these microaggressions yourself, take this time to stop. In the era of learning, there should also be unlearning.