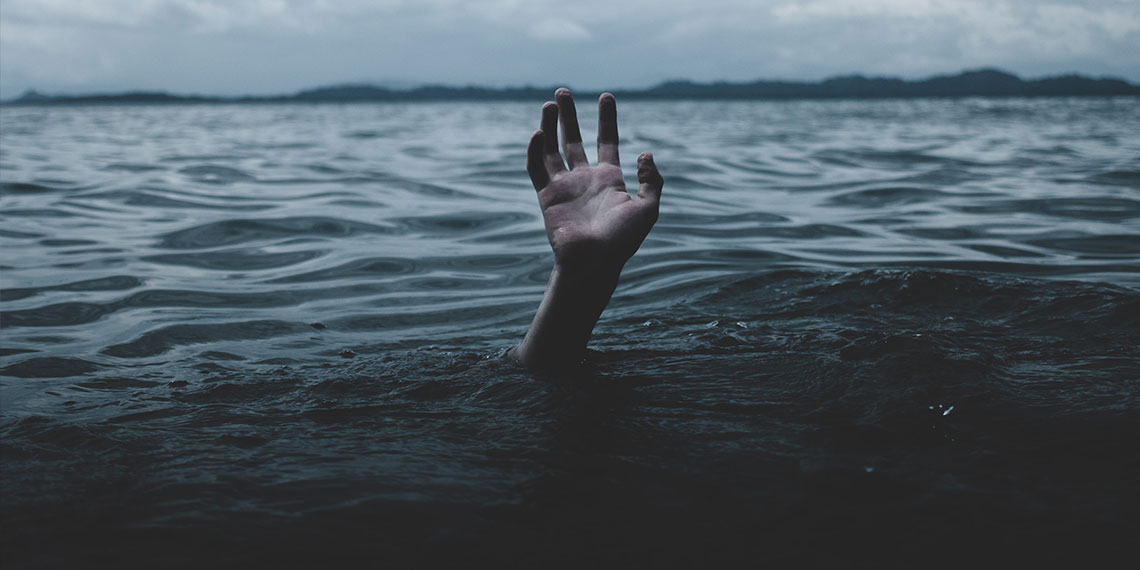 17 Thrillers To Read This Spooky SZN

It’s spooky szn, but what really is spooky szn when we have been living in a real-life horror show for the past 10 months? I don’t know, but I’m the type of person who is finding comfort from reading murder mysteries and other similar thrillers in these trying times. What does that say about me? It’s unclear. Have I uttered that exact phrase before? Probably, it’s been a long year. If you, like me, seek comfort from IRL horror in more fictional horror, then these are the spooky reads you need to check out this October.

‘The Inugami Curse’ by Seishi Yokomizo

This classic murder mystery features Japan’s best-loved detective and is by one of the country’s top crime writers, so you can trust it will have you on the edge of your seat. It’s set in 1940s Japan after the head of the wealthy Inugami clan dies. As his family awaits the reading of the will, a series of strange and gruesome murders begins. Detective Kindaichi has to, obviously, figure out WTF is going on. That pursuit of the truth will uncover forbidden liaisons, hidden identities, and more.

When the American justice system consistently fails you and your people, you become a vigilante of sorts—or at least, that’s what Virgil Wounded Horse does for the Rosebud Indian Reservation in South Dakota. But it gets personal when heroin enters into the reservation and finds its way to Virgil’s nephew. So what do you do? Infiltrate the dealers, find the supplier—I mean, find out where the drugs are coming from and make them stop. As Virgil starts to put the pieces together, he’s forced to come to terms with his own demons and grapple with his identity.

‘Don’t Ever Forget’ by Matthew Farrell

Farrell’s last novel, I Know Everything, came out in 2019, and I still think about it, that’s how much the ending shook me. So I had to include his latest, Don’t Ever Forget, on this list. Police investigator Susan Adler is called to the scene of a roadside murder of a state trooper. Dashboard cam footage leads her to a nurse, who has been missing for days along with an elderly patient. A peek inside the elderly patient’s house reveals evidence from two cold cases involving missing children. Talk about a rabbit hole. Of course, nothing is as it seems, people turn up dead, and it’s a race against the perp, who does not want to be discovered.

‘One Step Behind’ by Lauren North

And now we’ve reached the “me recommending authors I’ve recommended before” section of this article. But hey, if you know something is good, then why stray from it? Best to lean in. I first got into Lauren North with The Perfect Son, a twisty tale about a woman stuck in the hospital, racing to figure out what happened to her son, who’s gone missing on his 8th birthday. In One Step Behind, Jenna—wife, mother, doctor—is the victim of a stalker. Sh*t gets crazy when her stalker is brought into the ER and Jenna has to treat him. Hold up, do they not have procedures in place to protect against that kind of thing? In any case, Jenna is desperate to understand the man who’s been making her life hell, and when she goes through his phone, she finds some startling images that lead her down a winding road of destruction.

‘When No One Is Watching’ by Alyssa Cole

Yes, I’ve written about this before, yes I’m featuring it again! It’s been written about everywhere, so you really need to add it to your list. It follows Sydney Green, a girl who’s born and raised in a Brooklyn neighborhood that’s rapidly gentrifying. She meets her neighbor Theo, and the two become interested in the neighborhood’s history. That leads them to realize that maybe the push to “revitalize” their community might be more deadly than it seems… or have they completely lost it? Can Sydney and Theo find out the truth before they too “go to live in the suburbs”?

Author of the chilling The Broken Girls (2018) has a new thriller out in paperback this September. It takes place in the small town of Fell, a town that seems to have a problem with girls winding up dead. There was the murder of Cathy Caldwell, who was found under an overpass, and Victoria Lee, who was killed and found along a jogging trail. A similar crime brings Carly Kirk to Fell: the disappearance of her aunt Viv. Carly is determined to return to Fell, stay in the same Sun Down Motel her aunt Viv worked the night shift at, and find out what happened to her. You’ll be on the edge of your seat with this one.

I literally still think about Jackson’s 2018 thriller Monday’s Not Coming, so I simply must add her latest to the spooky season reading list. GROWN tackles themes like abuses of power and the dark sides of the entertainment industry. In this ripped-from-the-headlines mystery, legendary R&B artist Korey Fields plucks Enchanted Jones from obscurity, promising to make her a star. Until Korey ends up dead, and Enchanted finds herself with no memory of what happened and his blood on her hands—literally. Did she kill Korey? If not, who did?

Grayson Sykes has been tasked with finding Isabel Lincoln, who may or may not want to be found. Is she missing, or is she just trying to start over? P.I. Sykes attempts to figure this out while tracking down Lincoln. Her search uncovers a number of secrets that become more dangerous at every turn—not to mention, Sykes has secrets of her own.

‘Dancing With The Octopus’ by Debora Harding

This is actually just true crime, so I included it for the real fans. Harding’s memoir is being compared to Tara Westover’s Educated, and it starts in 1978, when Debora Harding was abducted at knifepoint from a church parking lot at just 14 years old. Harding was then thrown into a van, assaulted, held for ransom, then left out to die during an ice storm. Miraculously, she survived and led police to her attacker. Decades later, she did something even more unbelievable: she met her attacker face-to-face in prison.

‘The Nesting’ by C.J. Cooke

I don’t even tend to like supernatural thrillers, but this one pulled me in right away. It has a little bit of everything: Norse mythology, ghosts, an element of fraud, and more that I don’t want to spoil. In it, Lexi, a young woman battling her own demons, becomes a nanny in rural Norway for a family who just experienced a devastating loss. Lexi is hiding her own secrets, as is the house she and the family are living in, and soon she’ll discover that maybe the tragic family loss wasn’t what it seemed.

When I tell you I couldn’t predict the ending of this one, that should say something. This novel had at least three twists that caught me completely off-guard. Sure, I could be going soft, or Molloy could just be that good. Dr. Sam Statler, a hot therapist, has gone missing after a storm. But let’s rewind: we begin with Annie Potter, who isn’t super thrilled to leave her life in NYC behind to move with her husband Sam to his hometown upstate. Especially because she has nothing to do while he sees (mostly female) clients all day. Little does Sam know, every word of his sessions can be heard from a room upstairs. Just when you think you’ve got this book figured out, it will throw another curveball at you, and even the most avid thriller readers won’t predict these surprises.

‘Scavenger: A Mystery’ by Christopher Chambers

In Washington, D.C., a Black man living in a homeless camp near the Smithsonian is framed for the murder of two of his closest friends. He faces life in prison. But when he meets an ex-Homeland Security Secretary, things start turning around. Sort of. He can avoid the life sentence—if he helps the former government official find a missing woman using the network of the streets and the underground world of undocumented immigrants.

This one is a fun, suspenseful read that’s perfect for fans of Knives Out or Agatha Christie. Aging Indian patriarch Bhaskar Fernandez wants to reunite his relatives (who all low-key hate each other), so he invites them out to a remote manor that’s rumored to be haunted, and where a few people have suddenly met an untimely death. The fun part? Bhaskar knows his family wants him dead so they can inherit his fortune, so he prepares two wills—the one he uses depends on how he dies.

This queer gothic horror comedy brings the spooky without keeping you up at night. This story-within-a-story begins in 1902 at a cursed all-female boarding school in New England, where two students, Flo and Clara, start a private club called the Plain Bad Heroine Society. They are later found mysteriously dead. Over the next five years, three more people are found dead on the property, and the school closes for good. Over 100 years later, the school ends up back in the collective consciousness when a writer publishes a book celebrating the “haunted and cursed” school. That book becomes a movie, and the actresses cast revisit the school to start filming… which is when weird things start happening.

Already a #1 bestseller in Ireland and a most-anticipated thriller by CrimeReads and Crime by the Book, Nugent’s upcoming novel is one you’ll want to pick up. It begins with a funeral: all three Drumm brothers are there, but one is in a coffin. Which brother is dead? Who is guilty? If you liked Succession, you’ll get sucked into this cautionary tale of how sinister impulses can corrupt a family.

Fans of Andrea Bartz’s The Lost Night and Megan Goldin’s The Night Swim will find a perfect match in Little Threats, because of the blackout-induced amnesia plotline and the meta true crime elements. You’ll see what I mean: Kennedy and Carter Wynn are two rebellious twin sisters whose lives are torn apart as teenagers when their best friend Haley is found murdered after a night of partying. With no other leads, Kennedy enters a guilty plea and spends 15 years in prison. Once she gets out, a crime show host comes around asking questions, believing Kennedy may not have committed the murder. *Oprah voice* so what is the truth?

‘The Lady Upstairs’ by Halley Sutton

As someone who has gone on too many bad dates with men, the premise of this book is a littleeee too relatable for me. It’s centered on Jo, who makes a living blackmailing the skeeviest and most powerful men in LA—think dirty cops, handsy Hollywood producers, you know the type. Jo is eager to prove herself to her enigmatic boss, known only as The Lady Upstairs. When one of Jo’s targets is murdered, Jo finds herself on a short list of suspects. To avoid prison time she has to pull off one last job—her biggest target yet.