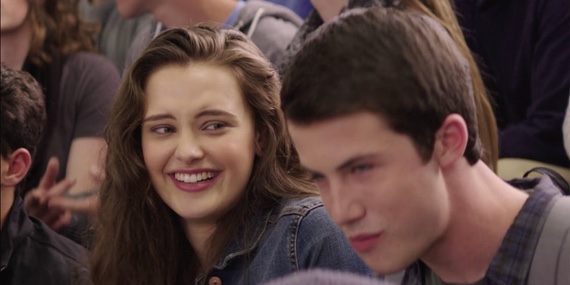 Welcome back to another day of not being able to have nice things because men are trash. Today’s piece of shit man might not be a household name, but you know his work. Jay Asher, writer of 13 Reasons Why, has been accused of harassment. Yeah, the guy who wrote the young adult novel about bullying and suicide that was then turned into a hit Netflix show is, um, kind of a bully. We’d pretend we’re surprised, but we ran out of room to be surprised somewhere between Matt Lauer and James Franco.

The actual nature of the allegations is unclear, but it was announced this week that he was kicked out of the Society of Children’s Book Writers and Illustrators (SCBWI) last year. The executive director of SCBWI said that after they received claims of harassment, they investigated and decided Asher had violated their code of conduct. Wow, good for you SCBWI! Now, just imagine if like, our federal government was 10% as discerning as a fucking association of young adult novelists and picture book illustrators. Lmao nah, no chance that would never happen, we live in America. Sorry for dreaming so big over here, sometimes I get carried away!

So what does this mean for the future of the TV show? It might not really be a problem, seeing as Jay Asher isn’t actively involved in the show. No doubt Selena Gomez and the team of producers are frantically working on their damage control strategy for season 2, which is supposed to come out later this year.

As for Jay Asher, he obviously denies the allegations and says that “it’s very scary when you know people are just not going to believe you once you open your mouth.” Wait, is he like role-playing being a woman in our society? That’s cute sweetie, now shut the fuck up. He claims he left the SCBWI by choice after being harassed by his accusers for years, which sounds like a nice story but he’s still being accused? So like, bye.

Now that Jay Asher can be checked off the list of exposed scumbag men, it’s just a guessing game of who will be next. An athlete? A movie star? An acclaimed chef? Probably all of the above, but we’ll let you know. Until then, grab your pepper spray and good luck.