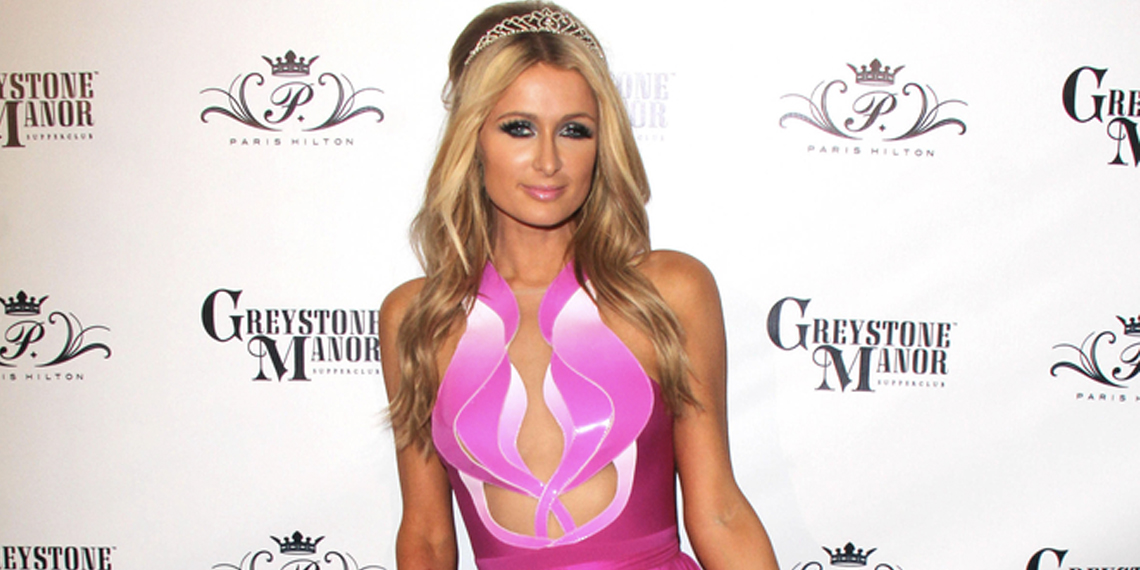 As someone who grew up in the 2000s at the height of celebrity socialite culture, Paris Hilton is basically my Jesus. I don’t go to church, but if Paris Hilton started a cult, I know I’d probably drink the Kool-Aid. If Scott Disick is the Lord, then Paris is the Virgin Mary. Or something. Do I sound crazy? Sorry, I’m just a little busy respecting my elders over here.

Tomorrow, February 17, is Queen Paris’ birthday, and she’ll be 37 years old. She clearly either has good genes or good doctors, because she truly doesn’t look a day over 30. Paris, call me, I want to ask you some questions about your skincare regimen. As a special tribute for her special day, we decided to take a look back at some of her most random, ridiculous, extra moments. If Paris Hilton is anything, she’s extra as FUCK. This woman has absolutely no fucks to give, and why should she? She’s rich, she’s hot, she’s popular. Okay, if we went to school together she definitely wouldn’t have been friends with me. Either way, here are all the random reasons we love Paris Hilton.

1. She Had A TV Show To Find A Best Friend

Okay, we love Paris, but, like, who does this? It’s actually the most extra thing we can imagine. You also can’t forget about when she did a version in England to find her British BFF, because everyone should have at least one best friend in every country. Really, we’re just happy Tinkerbell had a say in the matter.

2. She And Nicole Richie Agreed To Do ‘The Simple Life’

I’m honestly still in awe that this show ever happened. I’d love to know exactly what made these two rich betches from LA sign up to live on a farm and do manual labor, because I would need a lot of money to do that and I’m poor af to begin with. Just remember, you can call me Princess Paris or Bitch, nothing else.

3. And Then She Agreed To Do Four More Seasons

But like, thank God this show happened. It never gets old, and the gifs are seriously great. There’s nothing else that’s quite as early 2000s as The Simple Life, from the crispy hair and fake tans to the legitimately awful video quality. Seriously, what did we do before HD TVs were invented?

Okay, now I’m going to have “Stars Are Blind” on repeat for the rest of the day. Paris Hilton might not be a gifted vocalist, and I’m still not convinced she didn’t just hire Gwen Stefani for the vocals and not tell anyone, but you can’t claim that this song isn’t at least moderately catchy. The music video is blissfully grainy, truly allowing Paris to live her vintage lounge singer fantasy.

5. And Then She Revived That Music Career On Valentine’s Day This Year

Why aren’t more people talking about this??? Paris Hilton celebrated her first Valentine’s Day as an engaged woman by dropping a music video for a new song, which is basically just her speak-singing for three minutes about how much she loves her man. Our favorite part is when she’s posed on a couch (shaped like lips, natch) next to a Birkin bag. She’s a motherfucking icon.

6. She Traveled The World As A DJ

No DJ set is complete without Chanel gloves, obvs. Paris is famous for her yearly summer DJ residence in Ibiza, where she shoots foam into a crowd of coked-up European tourists who probably don’t even realize that it’s her. She’s also DJ’d in India and Mykonos, because, like, same. It’s unclear how serious she is about being an actual DJ, but we’re here for the fantasy.

7. She Made Kim Kardashian Organize Her Entire Closet

You literally can’t get further from the Kim of 2018 than hearing her say, “Yes, Paris,” to Paris’s demands. Kim must honestly be haunted by the fact that her hard labor was caught on camera, but she worked her way up. Paris, meanwhile, probably has a messy-ass closet, unless she’s found some other desperate celebrity wannabe to organize it for her. I wonder what Jonathan Cheban is doing…

The Kardashians should probably write Paris a big fat check if they don’t want the Hilton mafia at their door. And by the Hilton mafia, I basically just mean Kyle and Kim Richards. Did you know they’re related to Paris? Because they only manage to mention it like ten times per episode of RHOBH. Love ya girlies, hope Kim is doing okay.

#ValentinesDay is almost here! Get the perfect #Valentine Gift for your love???? My new @RoseRushFragrance! A sexy bottle with the most beautiful scent! ???? (Link in bio☝️)

Do we think Rosé Rush is edible as well? I’ve never thought about the possibilities of a combination wine/perfume, but honestly it would make sense. Paris has also recently branched out into making fragrances for men, because what self-respecting man wouldn’t want to buy a bottle of Paris Hilton cologne? She’s giving the gays everything they want this year.

Is it bad that now I kind of want a trucker hat? I’m still not sure I’m feeling those sunglasses, but Paris must have sent Von Dutch’s trucker hat sales through the roof. I still say “that’s hot” at least 17 times in daily conversation, because what the fuck else would I say? We love a legend.

So happy birthday to Paris, and god bless her extra shit. She’s a pop culture icon, and if you disagree then literally why are you on this website? We don’t know what Paris’s birthday wish will be, but we’re wishing that Nicole Richie will text her on her birthday, that she’ll have a beautiful flawless wedding, and that all her millions of miniature pets will have another year of good health. Also seriously, what skincare products does she use?