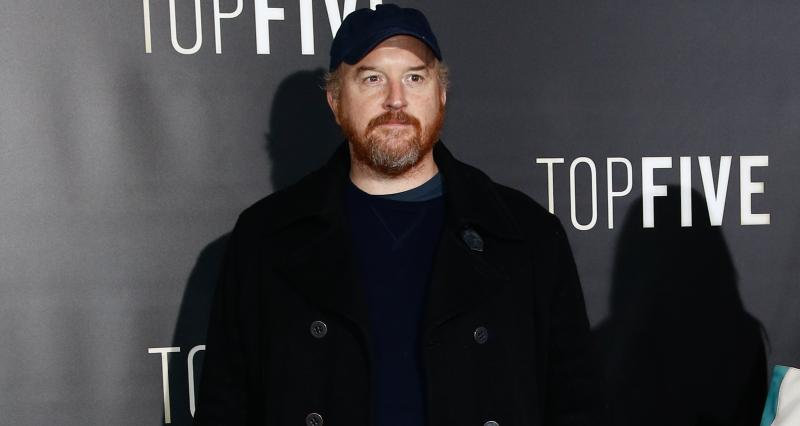 10 People Who Are Officially Cancelled in 2018

We’re not even a full week into February yet, and honestly, 2018 isn’t doing a stellar job at convincing anyone it plans to save us from the 365 days of hellfire that was 2017. A few good things actually did come out of 2017 though, like the #MeToo and Time’s Up movements. However, these movements wouldn’t be around in the first place if certain people didn’t act like total effing scumbags. There are seriously too many people to list, and I don’t have the time for that otherwise we’d be here all day, so here’s a shortlist to remind you who’s officially over and cancelled as we head into this new year reclaiming our time.

Do I really need to explain this one? The description for Time’s Up literally says it was formed in response to the “Weinstein Effect.” When you have your own “effect” named after you, it’s pretty safe to say you’re a monster of epic proportions and deserve to be cancelled indefinitely.

Oh, James. Sometimes when a dude sorta looks like a creep, and talks like a creep, and smiles like a creep…he turns out to be a creep. Any professor who offers an instructional class on how to act in sex scenes should probably raise some red flags. Plus, we hear he’s allegedly a head pusher, and that is cool under absolutely no circumstance. The gag reflex is a delicate thing, and I will choose where I move my head when I damn well please. Next.

Matt Damon is a classic case of “if you just kept your mouth shut, you wouldn’t be in this mess.” Honestly, if I had a nickel for every time I’ve heard that, I’d have enough money to buy more vodka and bring that problem full circle again. Damon tried to differentiate the “spectrum” of sexual assault, because apparently it’s important to keep it straight that whipping your dick out and rubbing one out to an unwilling audience is not the same thing as grabbing a handful of ass without consent. Both are disgusting, but it’s a different disgusting. Thank you for clearing that up, Matthew. He also said he was hoping more attention could be given to men who have not been accused of sexual misconduct in order to…IDK clear the reputation of men everywhere? The last thing we need is more attention on powerful men. Like, at all. How d’ya like them apples?

Did you forget about Mr. Spacey? That might be because he was literally erased from existence following the many accusations against him for forcing himself on young men – most notably one who was underage at the time. Then he tried to make it all ok by being like “but wait, I’ve been gay this whole time! Pls respect my bravery for coming out in this trying time.” Absolutely not. Being gay is not an excuse for anything other than choosing exclusively Whitney Houston songs at karaoke. Not only is Spacey himself cancelled, but he also fucked up the final season of House of Cards, and that is a crime against Netflix and humanity. President Robin Wright, please save us from this mess.

File this one under “shoulda seen it coming.” While allegations against Tarantino have not been of the sexual misconduct nature, they certainly fall in line with a powerful man abusing his position and personally inflicting or putting women in harm’s way. Uma Thurman spoke to the NY Times about the abuse she endured on the set of Kill Bill, including Tarantino spitting in her face and choking her with a chain to coax a more convincing acting performance, and purposefully endangering her by insisting she perform a stunt in a dangerous car that led to her crashing and permanently damaging her neck and knees. If karma serves him right, I have a feeling a bunch of women are about to metaphorically go all Kill Bill on his ass.

One word. Eight letters. Say it and you’re officially done. Predator. It really cuts deep when the subject of most of your teenage sexual fantasies turns out to be yet another link in the chain. Remember when Chuck Bass forced himself on Jenny Humphrey? Well you know what they say about art imitating life. You know you love me, XOXO Gossip Betch.

Alright so, Arie hasn’t actually done anything terrible (yet) so don’t freak out and condemn him. I’m just saying we should cancel him because like…have you been paying attention to this season of The Bachelor? He’s honestly pretty creepy and gross when he “flirts” while trying to kiss each and every girl’s entire face in one gulp, so I’m not counting him out on the “Time might be Up” list just yet. Don’t @ me. Just accept that he’s not Peter a slimy dude who broke up with his long term girlfriend to be the elderly Bachelor and join in my judgment if you know what’s good for you.

9. A Shit-ton Of Directors And Producers

One Tree Hill? Run by a sexual harasser. Creator of Mad Men? Misconduct allegations. Roman Polanski, James Toback, Brett Ratner, even the head of Disney Animation? You guessed it. IDK what it is about men who already get to boss people around as a job needing a little extra fix, but I can safely say I’m never setting foot near a film set because those things are clearly booby traps full of douchebags waiting to assault you at every turn. No thanks. You can go shave your back now.

While he hasn’t been officially cancelled yet, what is the hold up, people?! The fact that the President of the United States has been accused of sexual assault by 19 different women, and reportedly paid off a porn star after he had an affair with her right after his wife gave birth. This should matter. Why does nothing matter?! Never did I think I would root so hard for evidence that our government colluded with Russia, but I’m afraid that might be our only hope. When the day comes that the country starts paying attention to removing predators from positions of political power, I’ll have a Pussy Hat and a Time’s Up pin waiting with your name on it.