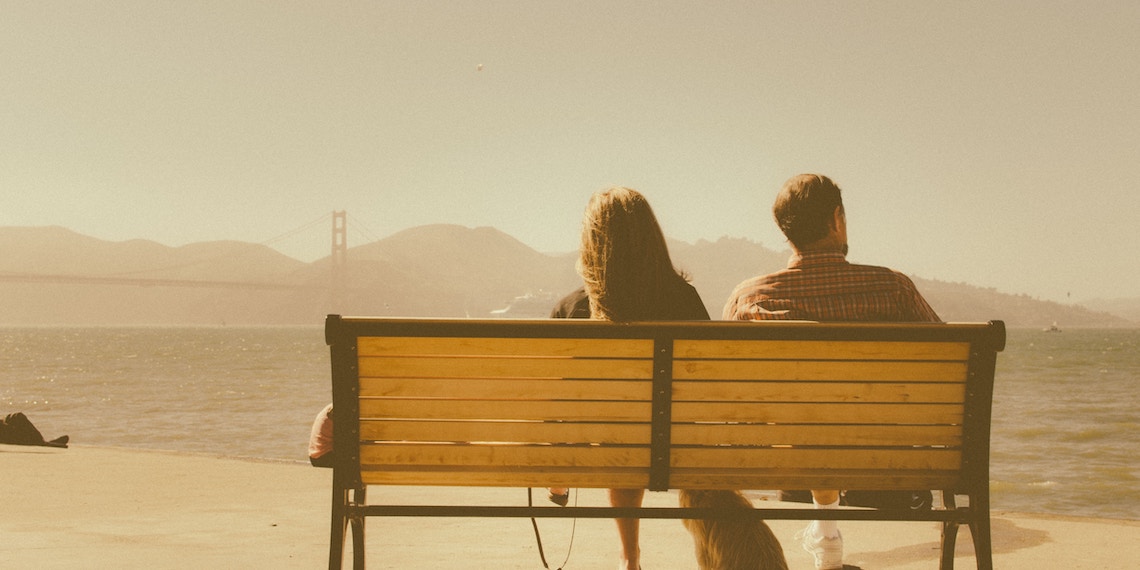 10 Conversations You Have To Have Before Getting Married

Marriage. It’s kind of a big deal. Sure, shows like Married at First Sight or literally everything about The Bachelor franchise might have us collectively thinking otherwise, but it’s important to remember that marriage does in fact stand for something. It means that against all odds, you love one person so much that you’re willing to get the government involved. It’s insane.

Considering the massive amount of responsibility an undertaking like this requires, you would think that most people would sit down and have a few sensible conversations about it before diving in. Operative part of that statement being “you would think,” because many people don’t actually do it. “That’s where Catherine E. Aponte Psy.D, Clinical Psychologist and author of A Marriage of Equals, comes in. She sent us a handy guide to some of the very important things you should discuss with the love of your life before your throw a $40,000 party for all your friends and family. In other words, the conversations you should have before marriage.

So if you’re on the road to getting married, or are just a well-adjusted person who likes to read about emotionally mature behavior, check out the 10 conversations you should have before marriage, below.

Why Do You Want To Get Married?

Bit of a no-brainer right? Dr. Aponte disagrees. “This may seem like an unnecessary conversation to have, but there can be a disconnect between how people think about marriage and how they act once they are in it.”

You’re hoping the answer is somewhere along the lines “because I love you and can’t imagine my life without out you” and not “your health insurance is pretty dope,” but you’ll never know if you don’t ask! That’s because, according to the book The New “I Do”, there are different kinds of marriage constructs floating around out there. “You can have a starter marriage, a companionship marriage, a parenting marriage, a safety marriage, etc. So, take the time with your intended to explore your reasons and motives for marrying.”

You hear that, guys? Ask your fiancé why they want to spend the rest of their life with you. When they accuse you of being paranoid, tell them Dr. Aponte sent you.

What Do You As Individuals Want In The Future (One, Five, And Ten Years From Now)?

Nothing screams romance like a 10-year plan, am I right? Jokes aside, this is a big one. “What you want in life is important and stands on its own.” Preach, Dr. Aponte!! You have plans, honey. Don’t let a man, no matter how much you love him, deter you from that plan. Sure, there may be (read: absolutely will be) compromise involved, but gaining a partner doesn’t automatically equate to losing a dream.

How Will You Remain A Strong Couple As You Seek To Flourish As Individuals?

Honestly, this question should be asked on all first dates. Mood killer? Sure. But not as much of a turn-off as absolute codependence. According to Dr. Aponte, “Being a couple means that what you do has an impact on your partner. Being true to yourself means you can identify what is important to you in order to flourish.”

You hear that? Both can exist while the other survives. You can be your own person, while still caring about another one. It’s a not-that-crazy concept that far too many couples ignore, but it i possible. How? Compromise. “Maintaining the balance between each of you seeking what is important individually while considering the impact on your partner is achieved by negotiating collaboratively around your individual goals and marital obligations.”

Being Accountable To Each Other Means Being Self-Reflective

Often times, conflict resolution comes from within. Yeah, I learned that in my seventh grade conflict resolution course, but it doesn’t make it any less true. Dr. Aponte says, “Being self-reflective is the fundamental skill you will need to address conflict in your marriage. It is this quality that allows you to be accountable for your part in conflicts.”

You know how sometimes a fight about that single dirty plate in the sink spirals into a screaming match about not wanting to spend so much time with someone else’s mother? That’s a good moment for self-reflection. Maybe this isn’t about the plate. Maybe this is about you. And maybe it’s time for you to sit down and figure out why.

According to Jennifer Porter in the Harvard Business Journal, “Reflection gives the brain an opportunity to pause amidst the chaos, untangle and sort through observations and experiences, consider multiple possible interpretations, and create meaning.”

So take a second to breathe, sit down, and take a moment to think about why you’re reacting to this very mundane situation in this very unnecessary way. Also, go to therapy. When in doubt, go to therapy.

Being proactive in negotiating your sexual relationship:

Pay attention, ladies! Much like every other part of your relationship, sex is a constantly evolving facet that requires time and attention. In short: don’t settle for bad dick just because he’s a good guy.

Here’s what Dr. Aponte has to say: “You will want to be proactive in creating a satisfying sexual relationship. Remember, you are hoping to be together for a long time—we are all living longer these days. A discussion about sex requires considerable self-reflection.”

Damn modern medicine condemning us to a lifetime of dissatisfaction! You heard the woman—start these habits early or else be doomed to 80 years of sexual frustration.

Here’s hoping you have the same opinion on this one, because it seems like a dealbreaker otherwise. Dr. Aponte proposes that you should be faithful to your partner not because you’re expected to be, but because you actually want to be. A novel thought.

She says, “The conventional idea about marital fidelity is that it is agreed upon once you take your marriage vows. We have enough data on infidelity to suggest we need a different approach, one that understands fidelity based on conviction, not convention. This means fidelity is a choice you are making together—it is a negotiated choice.”

This should be less of a conversation about “so can I f*ck other people?” and more along the lines of “so you want to f*ck other people? Maybe we shouldn’t be GETTING MARRIED.” These subtle distinctions are vital to a happy, manslaughter-free marriage.

Having And Raising Children

Nothing, and I truly mean NOTHING, is more cringey than when a couple knowingly stays together despite knowing that they fundamentally disagree on the premise of having kids. It’s unfair to both parties, because you can’t assume that the other will change their stance on this highly important issue just because you want them to.

Per Dr. Aponte, “Today, having children is an intentional action. This means you must plan how you will work together to be effective parents, maintain gender equity, and sustain your relationship.”

The key word there? Intentional. This is not the dark ages. You don’t need to have a son to ensure your lasting bloodline. Don’t bring kids into the world unless both of you want them. I didn’t have to go to medical school to tell you that one.

Finances Are Difficult To Talk About

Preach, Dr. Aponte, preach. But sometimes the most important discussions are the ones that truly make us want to die. “It is important to have ongoing conversations about your financial well-being as a couple. Your initial discussion should help you establish a plan for managing your finances as you begin your marriage but don’t stop there. Regularly discuss finances, particularly as it relates to your important individual and marital goals.”

Nothing tears people apart faster than financial strain. Don’t let it get to that point.

Dr. Aponte: “You may not think about maintaining your individual health and wellness as part of a commitment to each other and to your marriage. It is.” Sure, you’re both adults who should be able to take care of yourselves, but also maybe don’t let your partner eat Taco Bell more than two days in a row. Autonomy is cool and all, but so is not dying of cardiac arrest at 32.

And finally, to bring the mood down, Dr. Aponte says, “Besides being about love, friendship, and connection, marriage is also a legal union.” Yes, we get it, you love each other. That’s all fine and good, but now the government is involved, so maybe take some time to discuss that.

Just a few of the many things Dr. Aponte recommends you consider: How will debt accrued in the marriage be handled? Are there individual premarital assets? If circumstances change, how will you divide marital assets?