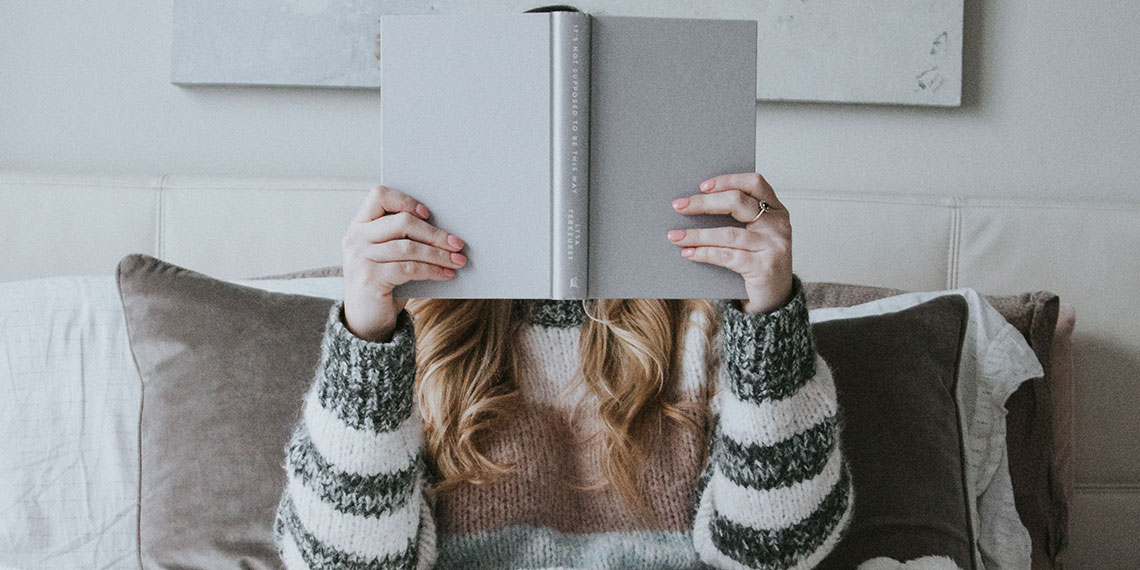 Oh, hi. Didn’t see you there. It’s me, your friendly Betches Vanderpump Rules recapper and occasional book reviewer, here to talk about what I’ve been reading. Now, truthfully, I’ve been reading a lot less since quarantine started, since I’m one of those psychos who gets all her reading in during her daily subway commute. Now that I have to actually make time to sit down and read a book, I usually end up accidentally watching true crime documentaries instead. Oops!

Anyway, I’ve heard that reading is making a comeback—only took a little pandemic to get people to read things other than their phone screens. So in the spirit of books being a thing again, and also us not really having a summer so I don’t want this to be my summer reading list, here are the best books that came out during quarantine that you should read while in quarantine.

This is a thriller, but it’s not a typical thriller. It is a cool thriller, but really, I would describe it more as a writer’s thriller. The focus is more on the striking prose and crafting vivid scenes than about having a fast-paced, action-packed read. Picture this: it’s Atlantic City, circa whatever year Atlantic City went to sh*t (I could Google it, but I’m not a historian). Two unlikely women meet and become friends: Clara Voyant, a teenage psychic, and Lily, an aspiring art curator who moves back to her hometown after being chewed up and spit out by the Manhattan art scene. Throughout all this, sex workers are being murdered and dumped in AC, and no one even notices. Told through multiple perspectives, including the “Janes” who are murdered, it’s an extremely compelling read.

BLACK WIDOW: A Sad-Funny Journey Through Grief for People Who Normally Avoid Books with Words Like “Journey” in the Title by Leslie Gray Streeter (March 10, 2020)

We’re all going through a sort of grief right now, and this “sad-funny journey through grief” just might be what we all need. Leslie Gray Streeter lost her husband to a sudden heart attack, and finds herself slapped with a label she doesn’t want: a widow. She doesn’t want pitying looks or whispered sympathies, she doesn’t want to wear a black dress and a big hat to her husband’s funeral. Black Widow takes readers through the more unexpected aspects of grief, “from coffin shopping to day-drinking, to being a grown-ass woman crying for your mommy, to breaking up and making up with God.”

Yes, I know I’ve written about The Herd before, but I’m covering it again because it’s just that good. (But actually, if you remembered that I have covered it before, DM me @sarafcarter because you deserve recognition for your photographic memory of useless facts.) This thriller takes place in a famed all-female coworking space… no, not the one you’re thinking of, this one’s fictional. When the beloved founder is found dead, her best friends have to figure out who killed her, without compromising the future of the coworking space. And if you can’t get enough of Andrea Bartz’s writing, check out her articles for Betches.

Beth has spent her entire adult life running away from her past, ever since she narrowly saved her daughter from being abducted. But the thing about the past is that it, and the people from it, don’t really like to stay buried. And when those people from Beth’s past include her two grifter parents, whom she never told her daughter about, let’s just say, sh*t goes off the rails. Just a warning if you do buy this book: you may finish it in a day (speaking for myself).

It’s the adult debut from the author of the Divergent series, and if that didn’t sell you right there, I don’t know what to tell you. Okay, I do. An evil force called the Dark One tried to end humanity as we know it, and a group of elite teenagers called the Chosen Ones were called into battle to save the world. (Tbh, would be great if we oculd get a couple of supernatural teens to save us right about now.) Fast-forward 10 years, and the Chosen Ones are trying to resume normal lives—that is, until one of their own winds up dead, and they quickly realize the world still needs saving. Told through narrative and enhanced with magazine articles, government briefs, scholarly papers, and even stand-up comedy routine transcripts, the format is really fun and inventive.

Need something lighthearted? You Deserve Each Other is like Bride Wars meets How To Lose A Guy In 10 Days. In it, Naomi Westfield is about to get married to her picture-perfect fiancé, Nicholas Rose. The only problem? She can’t stand him. Oh, and that they have an agreement that whoever calls off the engagement has to foot the entire bill. So when Naomi finds out that Nicholas wants out too, they are forced to go head-to-head in a battle of wits, emotional warfare, and pranks to see who will crack first.

Tilly was a bright, carefree little girl, and when her father suddenly disappeared, she and her mom moved into Queenie Malone’s Paradise Hotel in Brighton. She eventually falls in love with all the other quirky people there, including Queenie. But when Tilly’s mom sends her away to boarding school without warning or explanation, Tilly is betrayed and heartbroken to leave her makeshift family. As a woman, and after her mother’s death, she returns to the Paradise Hotel, determined to find out what really happened to make her leave the hotel, and the type of person her mother really was.

While most residents of River Bend, Michigan, never imagine leaving, it’s precisely the place three women were desperate to escape. Linda Williams is perpetually dissatisfied. Her mother, Paula, is the opposite—always too sure. Beth DeWitt is one of the town’s only black daughters, now a mother of two. Linda, Paula, and Beth’s paths collide and a scandal forces Beth to deal with her past. If you just binged Little Fires Everywhere, you’ll want to pick up this debut that examines family ties, racial microaggressions, and the power of intergenerational trauma.

Heddy Winsome is a working class girl from Brooklyn who wants nothing more than to live among the wealthy. She gets a taste of that life in the summer of 1962 when she lands a gig as a nanny for a rich family out on Martha’s Vineyard. But as she falls in love with someone on the island, she’s forced to reckon with the fact that what you see on the outside (glitz, glamour, nice houses, perfectly coiffed hair) isn’t always what’s going on on the inside.

Picture this: Paris, 1927, between the two World Wars. While the city teems with artists and creatives, four regular people are searching for what they’ve lost. Camille, Marcel Proust’s maid, who was supposed to burn all his notebooks but hid one for herself. Souren, an Armenian refugee, who performs puppet shows for children. Guillaume, a lovesick artist who’s hounded by debt until Gertrude Stein walks into his studio. And Jean-Paul, a journalist who tells others’ stories so he can avoid telling his own. The Paris Hours is told over the course of one day in 1927, when all four characters’ stories collide.

Images: David Lezcano / Unsplash; Amazon (10)
Betches may receive a portion of revenue if you click a link and purchase a product or service. The links are independently placed and do not influence editorial content.